Many months ago, Papa Bob & Nani scheduled a trip to Albany, NY to spend time with their family. Then, with perfect timing, Lucas was approved and scheduled for the surgeries at Boston Children’s Hospital during the exact same time frame that Papa Bob & Nani will be on the east coast. So Papa Bob & Nani graciously offered to come to Boston to be by our sides for support during the 1st surgery. They have been present at every surgery and have held our hands as Papa Bob says a prayer for Lucas to have a successful surgery. We are excited & grateful to have them with us in Boston to turn to for support!

It is amazing how many times we see miracles from the Lord! His timing is always perfect. We are constantly reminded that the Lord has a plan and in time the next steps in his plan will be made clear to us. So we don’t need to waste time worrying. Thank you, Lord.

Below are some miracles that we experienced in the last week.
– Literally the exact day we are scheduled to fly to Boston Children’s Hospital, I qualify for a Family Medical Leave Act (FMLA) which means my position at Bank of America will be protected for 12 weeks with continuation of group health insurance coverage. Such a blessing to not worry about my job security & health coverage for Lucas.
– Last week, Dr. Russell (the doctor who performed the 1st four pediatric fecal microbiota transplants (FMT) in the US) moved to Boston Children’s Hospital and he just agreed to perform Lucas’ FMT. Now, we no longer need to make a separate trip to MN. Most importantly, Dr. Russell plans to add on the FMT to another surgery that we already have scheduled at Boston Children’s Hospital. So one less anesthesia incident for Lucas.

Another successful surgery! He’s resting at home. He is a bit uncomfortable due to feeling dizzy, tired, & in some pain. Poor baby boy. Tomorrow he should wake up feeling much better. 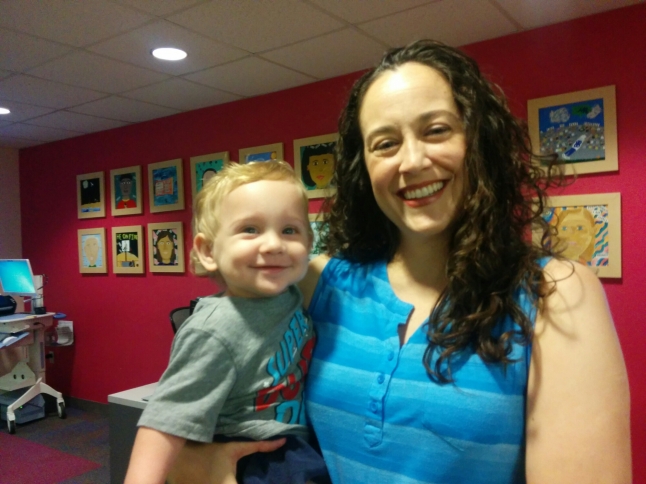 Today, Lucas has a surgery at Phoenix Children’s Hospital to once again stretch his upper esophagus stricture. May the Lord guide the surgeon’s hands and have another successful surgery with no leaks/tears.

Last night, Lucas took his 1st steps without support! He walked back & forth between Bryan & I. He had a big smile on his face and it was as if he wanted to say, “I’m a big boy”!!! So far, he is taking 2 – 4 steps without any support. Such a big moment in Lucas’ life!!!

Just like Dada, Lucas gets crazy excited whenever he hears and/or sees an airplane. He even tries to say the word plane. Below are various pictures of us at the Chandler Airport. 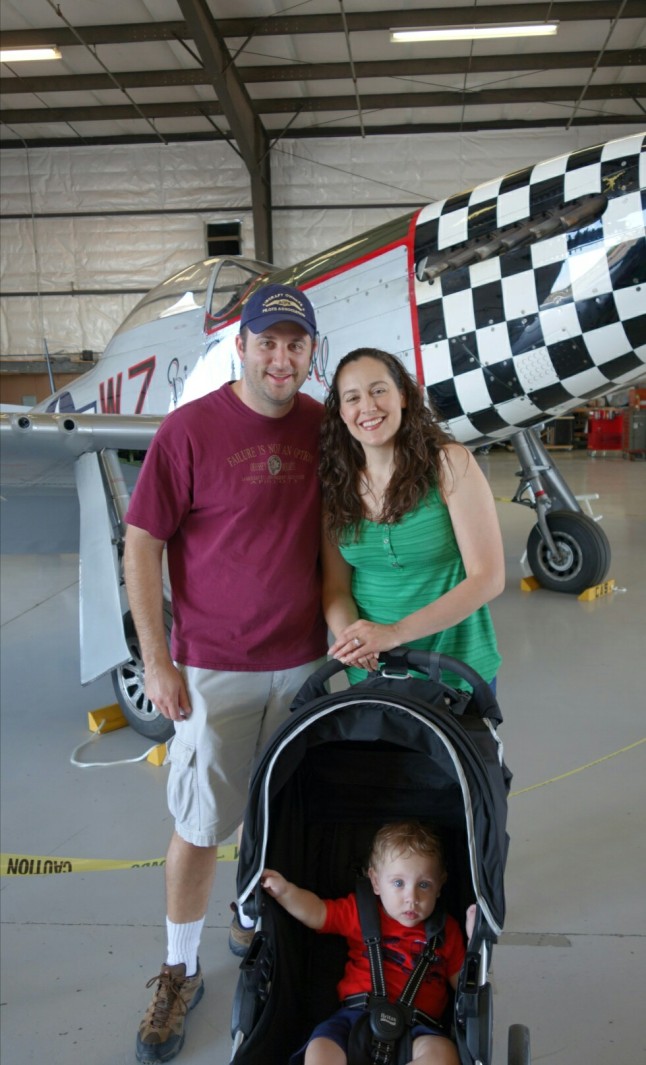 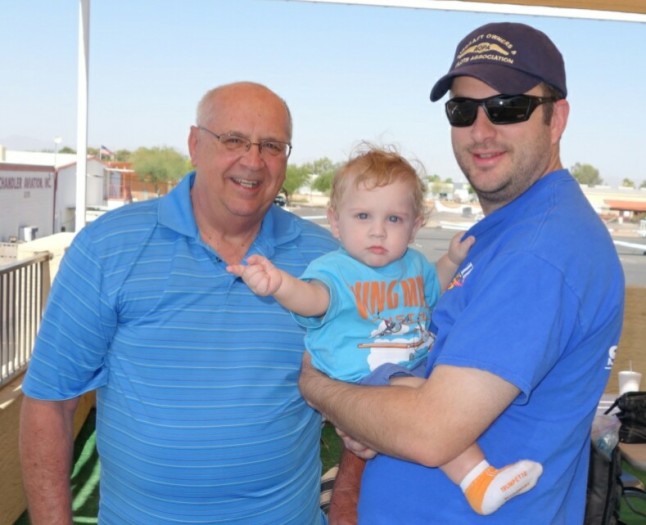 Lucas looks like such a grown up boy when he is riding in the red wagon. He is even keeping his sun glasses on for the entire ride. Thanks Gigi & Walter for the fun birthday present! 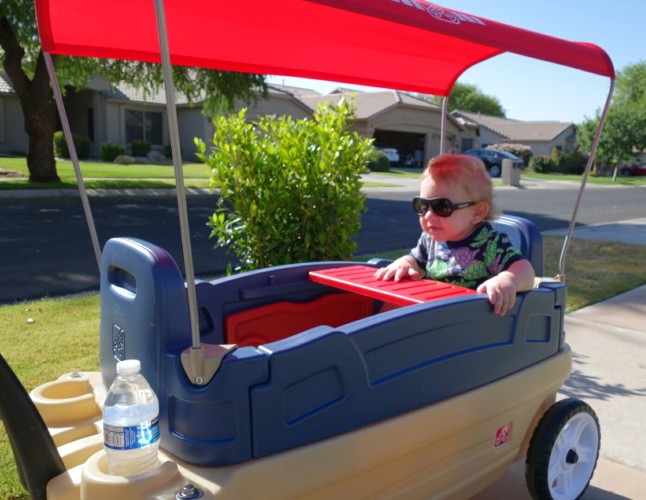 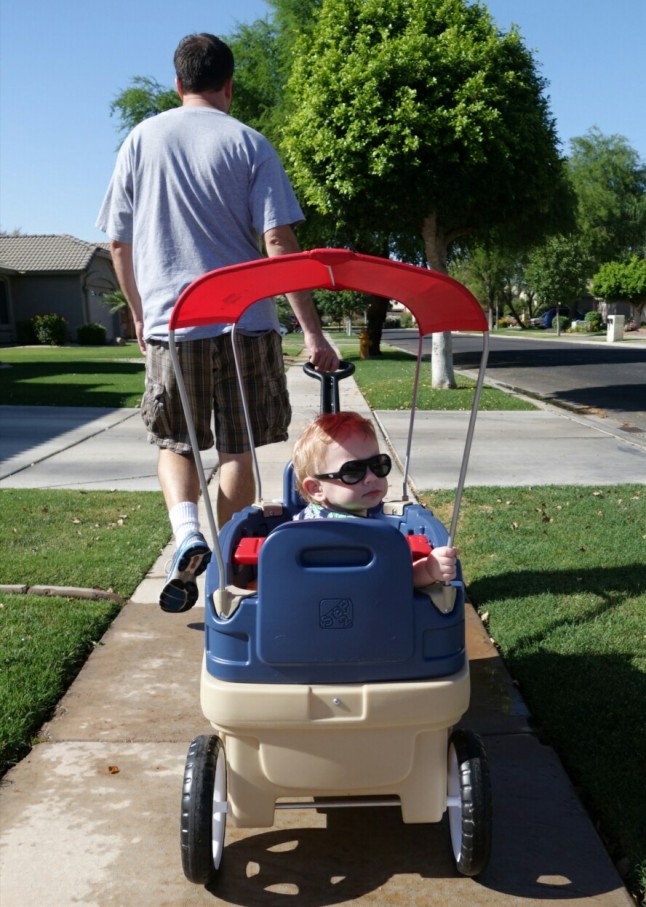 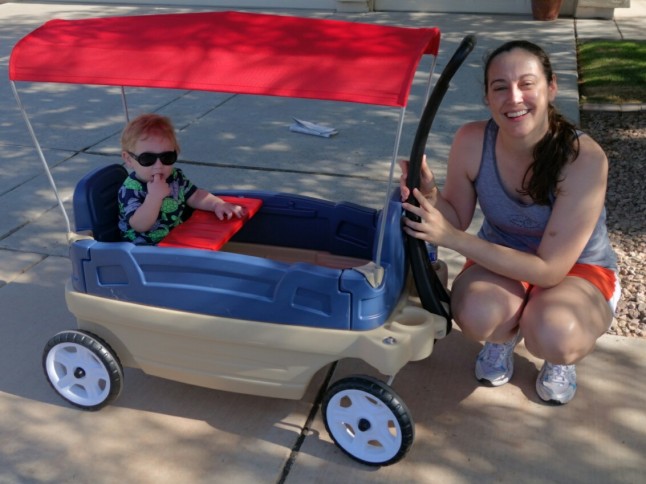 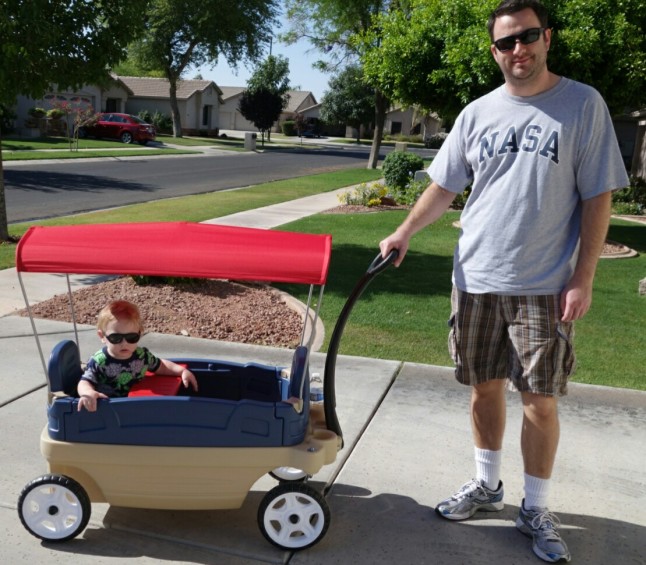 Lucas has a blast helping me fold the laundry. The only issue is he takes the folded laundry and then throws it everywhere!

Happy 2nd Father’s Day, Bryan! You are the perfect Dada for Lucas. The Lord knew you would have more than enough brains & drive to ensure Lucas has the best medical care. Plus, you are the most handsome man that I have ever met!

This afternoon, Bryan, Lucas, & I stopped over to see Sam & Mike Tucker’s new gorgeous home. While we were there, Lucas had a mini play date (less than 5 minutes) in the TV room with Liam (Sam & Mike’s 3 year old son). Liam showed off his Thomas the Train toy to Lucas. Can’t wait until all of the surgeries are done and Lucas can safely play with Liam for hours! 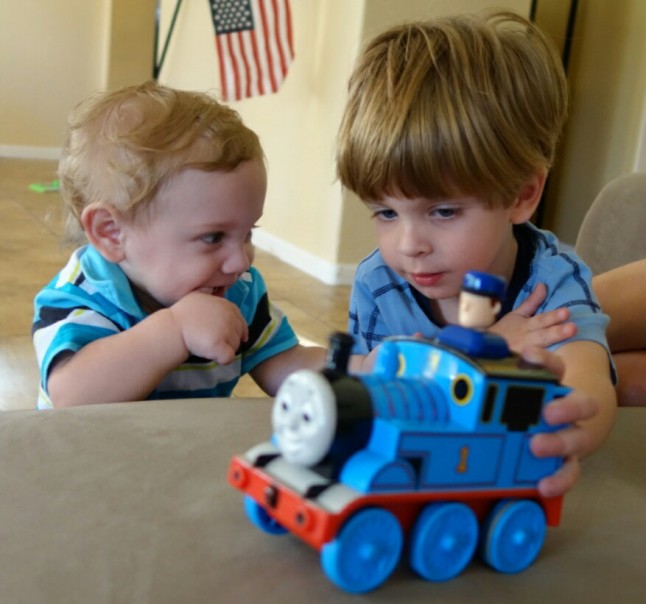 The last 24 hours have been filled with some really good news! Yesterday afternoon, Dr. McClellan (our endocrinologist) called to say he posted Lucas’ unique case on an endocrinologist board and asked doctors throughout the US to review & share their thoughts. Let me back track for a moment to mention last week Dr. McClellan gave us a heads up that he was starting to think Lucas’ case was more likely a genetics form of rickets rather than nutritional rickets due to C. Diff. We appreciated his honesty but hated to think he could be right which would mean Lucas would have a life long rickets issue (such a difficult form of rickets to treat). Bryan jokingly told Dr. McClellan “well, I hope we find out you’re wrong”. Dr. McClellan said “I hope I’m wrong too”.

Yesterday, Dr. McClellan personally called us to say Dr. Michael Levine from Children’s Hospital of Philadelphia (CHOP) who is one of the most highly respected endocrinologist for unique rickets cases posted a response. Dr. Levine believes Lucas’ case is indeed unique and confusing. But he feels strongly that Lucas has nutritional rickets, not a form of genetics rickets. Praise the Lord! He believes the medicine and game plan that Dr. McClellan has Lucas on was perfect. The only change was to have blood work & urine testing reduced from every 3 weeks to every 4 weeks. Plus, he recommends a new set of knee xrays at the beginning of August. He believes we may be able to see some type of improvement in the rickets by August. Both Bryan & I cried during the call from the good news!!!

Then, this morning we spoke with Dr. Bartlett’s staff at Mayo Clinic Children’s Hospital in Rochester, MN. We received the awesome news that Dr. Bartlett approved for us to move forward with the fecal transplant which has a 90% chance of eliminating Lucas’ C. Diff infection which in turn is causing his nutritional rickets. For now, I have been chosen as the stool donor. So today, I had my blood drawn and dropped off stool samples for testing. The results should be back by next Friday. If I pass, then in another week or two we will be flying to Rochester, MN for Lucas to have a fecal stool transplant. It is very similar to a colonoscopy except after they clean out Lucas’ colon, then they will put my stool into his colon to give him my positive fighting bacteria which should kill all of the C. Diff. From our research, it appears there are only 3 doctors in the US who perform the fecal transplant on children as young as 12 months old like Lucas. We feel so blessed to have found Dr. Bartlett and to have been approved into his Fecal Microbiota Transplant Program. Wish us luck!

If all works out as planned, we will travel to Rochester before we travel to Boston for the big surgery. This will be a very busy and life changing summer for Lucas!

We can’t wait for baby boy Lucas to be strong enough to have a play date with Madeleine (the adorable daughter of Emilie & Lucas Lettieri)! 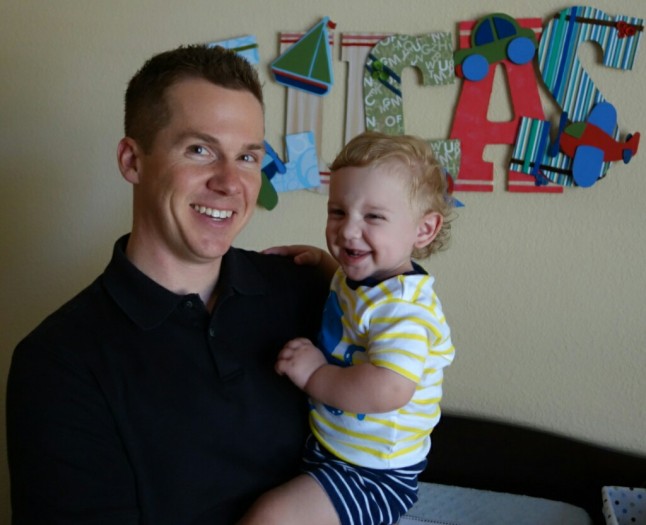 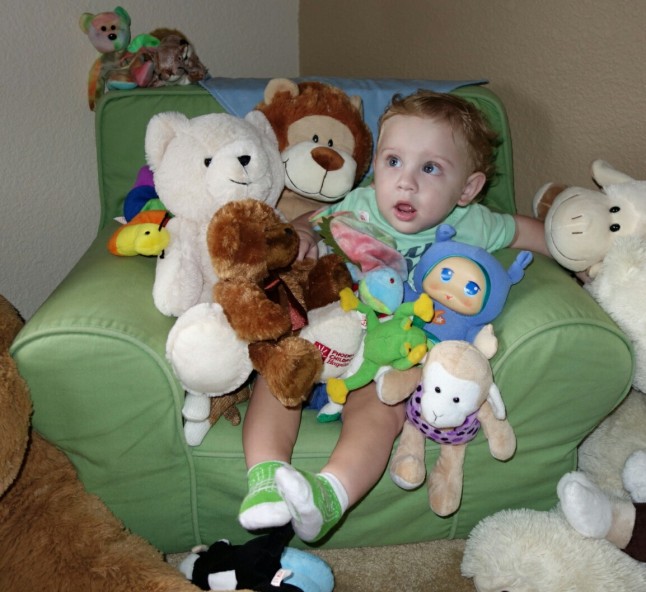 After 4 months of research and many many phone calls, we decided to go to Boston Children’s Hospital to treat Lucas’ lower congenital esophageal stricture. Boston Children’s Hospital is ranked #1 nationally and even internationally for almost every pediatric department. We feel blessed to have found surgeons from the top ranked pediatric hospital who are eager to take on Lucas’ case.

Dr. Michael Manfredi is our lead surgeon from the Esophageal Atresia Treatment Program. We are waiting on the final dates which most likely will be in July or August. The doctor wants us to be prepared to be in Boston from 4 to 8 weeks. It could be shorter or longer. Time will only tell.

Dr. Manfredi will use an Endoscopic Ultrasound (EUS) to image the lower stricture. Funny story, when we started our research back in February, all of our local surgeons told us the small size EUS imaging we wanted/needed was only available in Japan and a few hospitals in Europe. They even joked that maybe we should plan on going to Osaka, Japan if we wanted the imaging. We took it upon ourselves to call around and eventually found out that Boston Children’s Hospital has the small sized EUS. Just an other example, of how we never accept the word “no” when it relates to Lucas’ medical care. We will always find what Lucas needs!

Dr. Manfredi will image the area. If it shows trachea material, then Lucas will need to have a difficult detailed resectioning of his esophagus to cut out the trachea material. Lucas will have a new scar on his back from where they will cut him open. Plus, most likely they will break a rib or two to get to the area. We hate to even think of how much pain Lucas will be in.The biggest fear is there is a large artery near the stricture. So the surgeons need to be extra careful to avoid nicking the artery. To be honest, we are praying long and hard that we don’t need to go this route.

Our hope is the imaging shows fibrous strong material which has a good chance of reacting positively to a balloon dilation with deep cuts into the esophagus. Then, they will put a stint in to hold that area open for 1 week. During that time, Lucas will be in a good deal if pain. So he may be put in a medically induced coma for a few days and his nutrition will be received via iv. No oral food will be permitted for a week or more.

Now, we are starting to see the Lord’s plan a bit more clearly. Jesus Christ has big plans for Lucas!